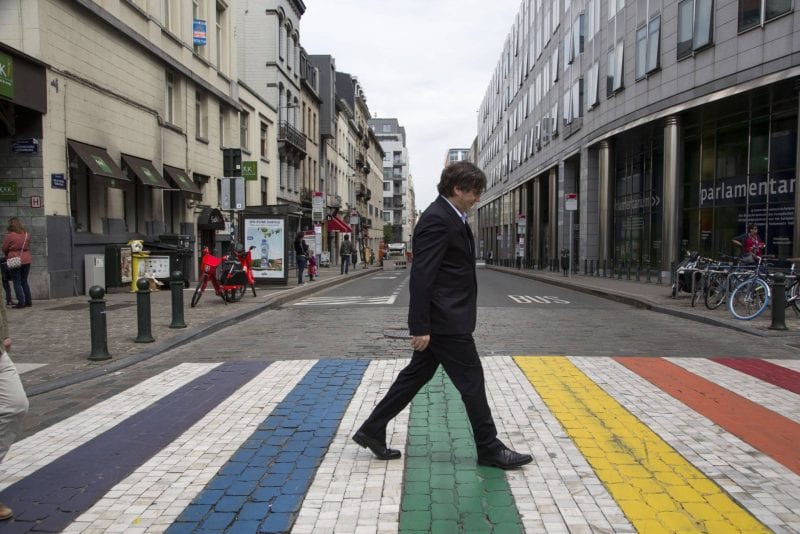 According to an article published by the BBC, around 6,000 languages are spoken around the world, of which 500-1000 only by a microscopic group of people. The Foundation for Endangered Languages estimates that every year 25 languages are lost. Thus, according to this argument, at the end of my lifetime 1500 languages will have vanished from the face of this earth. That’s a serious figure.

Regional minority languages (RMI) exist all around the world, and they make up an important part of the culture and heritage of people. Limburgish, for example, has 2 million speakers in the Netherlands, Germany and Belgium. Or Cherokee, which has as little as 22,500 speakers, but official status within the Cherokee Nation of Oklahoma. Many people choose to speak a regional language to maintain their heritage, culture and ties to their place of origin. Some regional languages are stronger than others, and while some are spoken and written in a large community, others have only been passed on orally. In 2010, for example, the Bo language died out when an 85-year-old member of the Bo tribe in the India-owned Andaman islands passed away, unable to transfer it down the generations. Hear the last member of the Bo Tribe sing in the video below.

The extinction of a language is a tragic event. Language captures history, culture, tradition, identity, arts, and knowledge. Governments should make an effort to protect them.

Language rights, or the protection of minority speakers from exclusion or prosecution in general, did not exist half a century ago. A region or minority had to depend on the dominant group whether they would allow for these languages to be used in public life. RMLs acted as a source of resistance; they were different and not understandable to the speakers of the major language, and thus used to exclude dominant powers. The latter is done to a lesser extent today, but we all enjoy speaking a language only we understand in an international environment, don’t we?

So how can societies and communities as a whole prevent the extinction of languages? Within Europe, the European Charter for Regional or Minority Languages, adopted in 1992, pushes for states to promote and protect regional minority languages in the union. To date, 33 states have signed this Charter, covering a wide range of languages. Policies and legislation must respect certain principles of this Charter, for example to encourage groups to make use of the language, to promote appropriate ways to teach and and study it, to accept it in public and protect the groups using it from marginalization. Article 2 states:

“Everyone is entitled to all the rights and freedoms set out in this Declaration, without distinction of any kind, such as race, colour, sex, language, religion, political or other opinion, national or social origin, property, birth or other status. Furthermore, no distinction shall be made on the basis of political, jurisdictional or international status of the country or territory to which a person belongs, whether it be independent, trust, non-self-governing or under any other limitation of sovereignty.”

But the Charter is not as perfect as it seems. First, states can choose the languages the wish to protect themselves, which seems nonsensical; a international institution or expert on language protection should be doing this (although it is true that minority speakers were involved in the creation and development process of the charter). Second, the charter does not take into account any migrant languages, which in today’s world are becoming more and more important.

Language and Politics: the example of Catalonia

Catalonia’s history with Spain has been complex, dating back hundreds of years. General Franco took control of the region in 1938, kicking down any separatist movements. Both Franco and kings before him tried to impose Spanish on the Catalan people. After Franco’s death in 1977, autonomy was granted to the region, and Catalonia’s economy and culture has been blossoming since. But the financial crash in 2008 and public spending cuts of the Spanish government fueled local frustration and separatist sentiments in Catalonia once again in the recent decade.

With this, however, came the national government’s attempt to prop up a national language, marginalizing Catalans. The Catalan language has evolved for many centuries and is the mother tongue of over 10 million people worldwide (L1 and L2), and over 95% of the population living in Catalonia speak it. And despite the national government recognizing Catalan as the official language of the region, the language difference between Spanish and Catalan has fueled an identity crisis, questioning of “feeling of belonging”, and, finally, the movement of independence. Catalan was in fact banned in Spain until as recently as 1975.

As OUP blog pointed out in an intriguing article, media typically focus on the language and culture of the region to explain the rising provincial nationalism. The linguistic dynamics of Catalans remain complex. The arrival of several million migrants from Southern Spain since the late 80s has further consolidated the use of Spanish in Catalonia. Those immigrants arriving in the past years have learned Spanish.

Although language was not the main cause in starting the separatist movement in Catalonia, the call for independence and subsequent referendum, this RML has acted as a source of resistance from Spanish domination to Catalans. The Spanish government, however, as ratified the Charter on April 9 2001, and it surely will have ensured the protection of Catalan from Spanish domination in the rest of the country. But the fact that the government gently pushes its way in with the national language is a dangerous precedent.

If Britain leaves, so will English?

Music to my ears 🎵