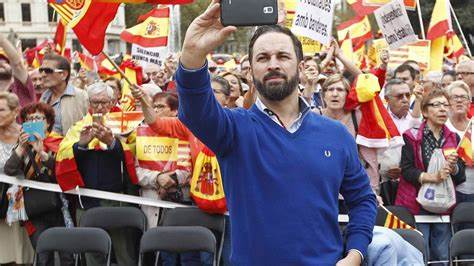 Golden Dawn, FVD, Vox, AfD. All of these parties have seen a rise in their voter base in the 2000. Parties which previously had no place in parliaments are now getting voted in by a sizable amount of the population. While there are various reasons as to why, one of the main causes is the rise of social media. However, speaking of the media is always such a broad terminology. There are different social media which use different means of communication. This blog will discuss two forms of communication. One being a more conventional form of videos, YouTube and a new form which combines texts with images: Twitter and Instagram.

Youtube is a platform born in the early 2000 when internet was still a new thing; it wasn’t until the first decade that there was an observed rise in its popularity. A PewResearch Report indicates that over 90% of people between 18-29 watch YouTube. It is thus an important means of communication to examine. For Youtube the rhetoric the far right uses is one of euphemisms and weaponizing fear.

When discussing rhetoric for the far right on youtube one thing is clear. The Far right tends to use euphemisms and code words, known as dog whistles: “‘coded language’…allows…to hold discussions among themselves in public without the general public catching on”. Looking at the Terms Of Service (TOS) of YouTube its clear why the far right needs to do this. Youtube prohibits the outright use of bigoted or hateful language therefore stating certain slurs or certain messages will be caught by the algorithm. The use of Youtube has allowed the creation of a collective memory which allows and facilitates rapid dissemination of dog whistles. This collective memory can be observed in the Swedish word kulturberikare (culture-enricher). The use of dog whistles makes it harder for those not on the far right to understand what is being said and to often spread their rhetoric unwittingly.

The second is that it weaponizes fear. Youtube depends on clicks for the algorithm, thus catchy headers are the way to go. Searching Gamergate and refugees returns results with their videos. Capitalizing on social issues and optimizing search engines with things people fear allows them to reach a broad audience. Topics used to create fear shift monthly. An example of this would be the term Critical Race Theory (CRT) which exploded in use this year.

This graph from google analytics tracks a spike 4 search in March 7th to 100 on June 20th . Ben Shapiro published 6 videos with the title Critical Race Theory on his channel. It is also fair to point out that whether Shapiro is far right is still a topic to be debated. However, he is a popular right-wing pundit. It is also important to state that this term is an example of the US right wing discourse and does not appear to have translated into European discourse. Black Pidgeon Speaks and Sargon of Akkad, both British youtubers do not have any youtube videos titled with CRT.

Twitter and Instagram are also conduits for the far right however their analysis is much harder, particularly twitter. Twitter has banned a lot of the accounts associated with the right wing figures which also overlap with YouTube. Because of that, those that have survived tend to dog whistle and encode their words. This can be observed in Gamergate which dog whistled itself as a movement questioning the ethics of games journalism. However, Gamergate was originated on the 4chan’s pol board. This particular topic is covered in depth by Innuendo Studios on his video Part 4: An Autopsy on GamerGate. The dog whistle swept many unsuspecting people into the right-wing movement and radicalized them. The benefit of twitter can also be seen in Donald Trump’s often use of twitter. With him coining terms such as “Make America Great Again,” and “Crooked Hillary.

Instagram is also a useful tool. The rhetoric here remains very much the same with weaponization of fear Vox’s instagram page (Here i add a twitter embed but it mirrors the same post on instagram) just published a video about the migrants on the border using politicized language such as “Europe’s oriental front is being attacked” both referring to terms which conjure an enemy. Sofia will discuss Twitter further on her blog about FVD.

The alternative social media is also something to accounted for and it is where most far right people go to get their news from. Sites such as 4chan’s pol board, Reddit’s TheDonald, 8chan and such are places of congregation. On 4chan’s board one can see open racism, slurs and an open hatred towards minorities. The lack of accountability and anonymity that such forum provides allows for views to be said without no consequence whatsoever. Reddit’s the Donald can no longer be accessed since it was banned and 8chan has been taken off the Clearnet and can only be accessed through the dark web.

Its important to view the social media as the new method of communication for the far right. Countering these ideas is important. One of the important things is understanding dog whistles and informing general audiences so that they don’t unwittingly fall for them. Its important to understand the encoded message behind them and to expose the ideas behind them

Populism as a better far-right description?