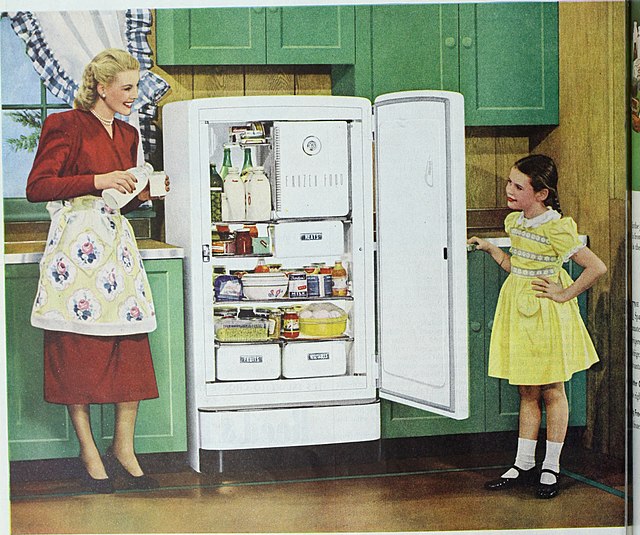 The Anti-Feminist Narrative: Theory vs. Practice

“I believe we are the only party in Germany who is really fighting for women’s rights, because we point out we’re in danger of losing the freedoms and rights of women for which we’ve fought for centuries.”

You might assume that this quote is from a left-leaning or progressive German party. In that case, you are mistaken. These words were spoken by Nicole Höchst, member of the German far-right party, Alternative für Deutschland (AfD). Since one of characteristics of the far right is their anti-feminist narrative, this seems contradictory, does it not?

I believe the anti-feminist narrative is less well-understood than other far-right narratives, leading to such seemingly contradictions. However, research into this narrative in growing. A noteworthy author in this regard is Andrea Pető. As an increasing number of women support far-right parties and even lead them, for example Marine Le Pen in France and Pia Kjærsgaard in Denmark, it is crucial to correctly understand what the anti-feminist narrative entails but also how it is utilized by far-right parties.

Anti-feminism in theory: what does it mean?

Far-right parties are characterized by controlling and protectionist stances on gender. As such, these parties oppose same-sex marriages, abortion, and promoting gender equality. However, not all far-right parties oppose these elements. A more prominently featuring characteristic is the promotion of traditional family values and roles of women as mothers and wives. Consequently, feminism is viewed as a threat to these values and as it is associated with the political left, the far right opposes the feminist movement. Far-right female figure heads such as Pia Kjærsgaard, often publicly emphasize their roles as mothers and wives and endorse the narrative. This might seem confusing: why would women oppose a movement that pursues gender equality and women’s rights?

The anti-feminist stance of far-right parties has been brought forward to explain why women vote less for the far right than men, referred to as the ‘gender gap’. Though smaller, the fraction of women voters is not inexistent and it is wrong to assume that this narrative consistently withholds women from voting far right. Other scholars have attributed the gender gap to socio-economic differences or the fact that female supporters do not vote for far-right parties as quickly as men. Yet the question of why women do vote far right, instead of why they do not, remains under-researched.
To better understand the paradox of female far-right voters and leaders, it is necessary to look at the utilization of this narrative in practice.

Anti-feminism in practice: its strategic utilization

It is important to discuss the narrative’s utilization, partially because it explains the differences between far-right parties. Where some parties are very strict in their adherence to this narrative, others have held more pro gender equality positions.
I consider this utilization to be ‘strategic’ because many far-right parties have succeeded in theoretically endorsing the narrative while simultaneously using aspects of feminism for the parties’ political benefit. A good example of this is linking women’s rights and protection to immigration and Islam threats.

To illustrate: after the murder of a German girl by her Afghan refugee boyfriend Abdul in 2017, several AfD demonstrations took place, justifying their anti-immigration stance in the name of protecting women from immigration-fueled sexual violence. After sexual attacks on women on New Year’s Eve 2015/16 in Germany and Switzerland, the sexual freedom of women and gender equality was utilized to criticize mainstream immigration policies. Furthermore, gender equality is promoted when targeting the headscarves of Muslim women. Thus, there is a discrepancy between theoretically opposing gender equality and the feminist movement, and, using feminist aspects as a disguise to further anti-Islam and anti-immigration objectives. Furthermore, female party members are strategically employed to contradict that women are discriminated or that feminism is necessary and to bring the parties closer to the mainstream electorate. Again, there is a discrepancy between promoting the roles of women as wives and mothers, and allowing them to hold political functions.

This discrepancy between theory and practice could in part explain why far-right parties attract female voters and why women lead such parties.

Conclusion: the discrepancy between theory and practice

In theory, the far-right anti-feminist narrative promotes traditional values and opposes the feminist movement. Examining its utilization reveals that far-right parties reinforce this narrative while simultaneously using aspects of feminism, such as the protection of sexual freedom and gender equality, to further anti-immigration objectives. Furthermore, it allows us to further understand how and why women are able and willing to lead these parties and vote for them.

It is important to understand that anti-feminism is thus not only what is theoretically narrated by far-right parties. I believe many people are unaware of its strategic utilization and of the discrepancy between theory and practice.
Yet, it is this discrepancy that possibly explains the far right’s ability to maintain conservative voters, through the theoretical narrative, whilst attracting new voters, through its ‘softer’ representation in practice. Perhaps this could be generalized as one of their strengths: their ability to utilize, or even manipulate, narratives for their own benefit without losing credibility. At the same time, this poses the question and further research avenue: if this is possible without losing credibility, what does that say about the far-right electorate? Do far-right voters truly not notice this contradiction?

Populism as a better far-right description?

16 thoughts on “The Anti-Feminist Narrative: Theory vs. Practice”