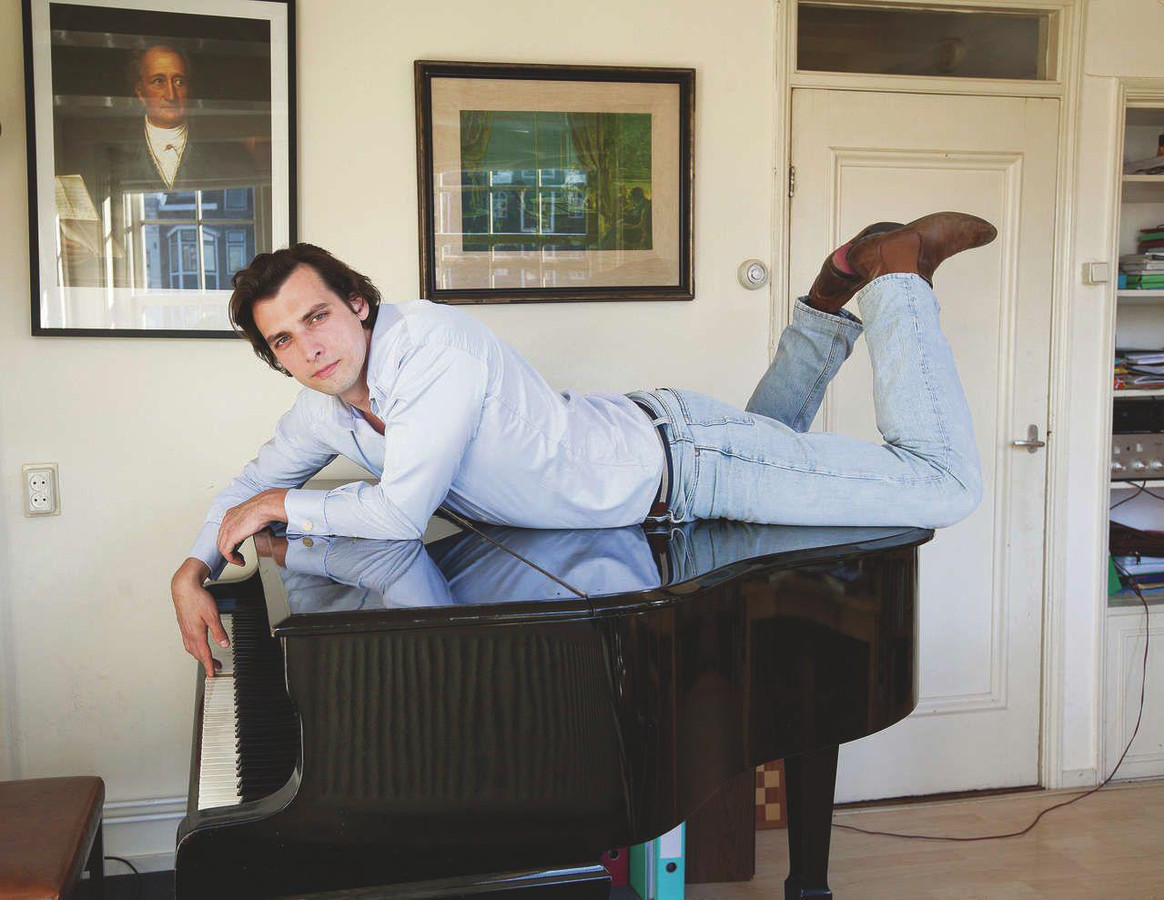 During the last general Dutch elections in the spring of 2021, social media played a key role. Almost every political party tried to increase their social media visibility through Instagram posts, Facebook ads, and Twitter. This in order to spread their political message and reach out to potential new voters. However, one Dutch party seems to have ‘won’ the social media game: the far right ‘Forum for Democracy’ and its flamboyant frontman, Thierry Baudet.

Ever since the beginning of the party in 2016, ‘Forum for Democracy [Forum voor Democratie]’ (FvD) has been building its online persona. After years of only having one prominent face on the far right in The Netherlands, Geert Wilders and his ‘Party for Freedom’, FvD and Baudet have presented themselves as ‘fresh faces’ on the far-right scene. Especially Baudet has curated a very elaborate image for himself by posting pictures of himself lying naked on the edge of a swimming pool on vacation, pictures with his wife, and posing with Dutch tv-personalities, that have all went viral and received extensive media coverage.

Furthermore, Baudet has written several books, has a PhD and has given a speech in the Dutch House of Representatives in Latin. This has also given Baudet an aristocratic and academic air. Baudet’s personality is very central to the branding of the party: outspoken, young, and vibrant. He is portrayed as the strong, charismatic leader, fighting for the interests of ‘the people’. On Instagram, Baudet has 148.000 followers, while the official FvD account ‘only’ has 59.600. On Twitter, Baudet has 269.748 followers while the official account for the party has 114.600. This showcases the central place Baudet has as the main face of the party.

On both Baudet’s personal Twitter account, as for the official FvD account, typical far-right populist tropes can be seen in their rhetoric. Eurosceptical sentiments, ‘othering‘; the ‘evil elites’ against ‘the people’, anti-mainstream media, and conspiracy theories. The use of the latter trope has increased since the start of the pandemic. The party positions itself strongly against the COVID-19 measures taken by the Dutch government, and spreads information about the vaccin labeled by Twitter as misleading because it contained multiple inaccuracies.

However, research has shown that the way in which both accounts articulate the rhetoric is different. The discourse spread on Baudet’s personal accounts seem to target a wider variety of far right tropes. On his personal Twitter account, Baudet attacks academics, immigrants, and other politicians. Furthermore, he confirms conspiracy theories like ‘cultural marxism’ and the ‘great replacement’ on his Twitter account. The official FvD account seems to be more veiled and moderate, being less controversial than Baudet’s personal account.

Research by academic Jamie Bartlett and Demos has shown that the success that far right parties have had in Western democracies has been very dependent on the increased amount of attention in traditional media. As a beginning party, and especially as a far right party, it is important to create legitimacy for your party. One way to do this is by become a household name in mainstream media. In the age of social media, this can be done by generating interaction, and this can be done by, you guessed it: controversies.

The most controversial Tweets by Baudet have generated a lot of interaction of both supporters and opponents, and when a Tweet becomes trending and talked about, journalist will be quick to report on it. Baudet and Forum for Democracy have received extensive coverage in traditional media, and this is all thanks to their controversies and the journalists, talk-shows, and newspapers reporting on them. The integration of a far right party in mainstream media can be increased by high interaction and visibility on social media, and polarization leads to interaction.

I believe that in the future, the direct link between a successful social media campaign and an increase in votes can be made. With Gen Z growing up with social media, and eventually them becoming a big part of the electorate, the way they choose who to vote for may be highly influenced by social media. But for now, Baudet and his Forum for Democracy will probably continue to work on their social media ‘brand’ to win over the Dutch vote, the effectiveness of which is yet to present itself because the party did not perform as well as they had expected in the 2021 elections.